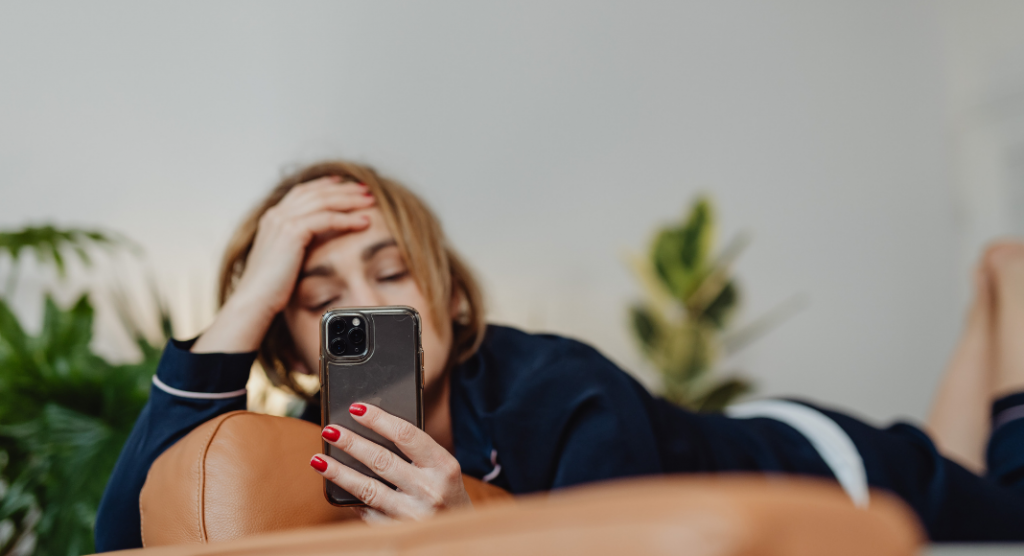 Why did I decide to go on a 30-day social media detox?

Simple. I was spending far too much time passively scrolling through my feed and rarely actively posting my own content. Anytime I felt the least bit bored, I’d pick up my phone and start scrolling.

The excuse I kept giving myself is I’m a blogger/influencer—I’ve got to be active on social media. (Full disclosure: it’s a side hustle that generates very little income.)

Except, I was the furthest thing from “active.” As my social media use skyrocketed during the pandemic, my writing plummeted. I was producing one, maybe two, good posts a month. Evidently, endless hours of scrolling does not a good writer make.

My scrolling habit led to other bad habits.

It also kept me from doing things that truly bring me joy and satisfaction.

4 Things I Learned During My Social Media Detox

Social media can be addictive.

There’s no official diagnosis for “social media addiction.” But like other types of addictive behaviors, it can have negative repercussions on your life.

Clearly, I had crossed some sort of line.

I won’t describe my social media use as an addiction like drugs or alcohol can be. While I definitely felt weird for the first few days after I went cold turkey—like I would when breaking any other habit—I didn’t feel uncomfortable, moody, anxious, etc.

I may not have been TRULY addicted to social media, but I was making poor choices in how I spent my time and not exercising enough self-control to avoid the quick fix a social media scroll brings when feeling bored.

Have you ever gone up to a mom you don’t know and called her out?

Me neither, at least not in person.

I tend to avoid conflict and confrontation online. I get plenty of both in my work as a lawyer. As a general rule, no posting or commenting about politics, religion, or gossip.

But plenty of people in my social media feeds post about nothing other than the most hot-button issues. Or conspiracy theories. I’d see these posts and feel myself get upset and angry.

On the rare times I did engage in conflict online, I felt terrible afterwards.

For example, there was a mom in one of my local mom Facebook groups who would occasionally post hateful comments. Everyone else is posting looking for babysitters or help with homework and this lady was posting “all [insert subset of people] are [insert negative adjective].”

Looking back on it, that was a pretty weird thing for this lady to do. But other moms in the group knew her in real life, and I thought if I didn’t say something back in response, I was implicitly agreeing with her by the mere fact that I was an active member of the group.

So each time she would post something hateful (and to be honest, crazy), I would go a few rounds with her. And would feel terrible afterwards because I had let some random person I’d never met get a rise out of me.

In the month I didn’t use social media I found myself getting angry far less often.

You are already communicating with the people who really matter outside of social media.

It will come as a surprise to no one that most of your “friends” on Facebook are not actually friends or even acquaintances.

The people you really care about—family and actual friends—are those you communicate with regularly in ways other than social media (in person, phone, text).

This was true for me. While I may have been off of social media, I certainly wasn’t deprived of meaningful social contact.

(Sorry to any of my girlfriends who may have been on the receiving end of one too many texts from me this last month!)

Will I (or should I) stay off of social media?

My writing productively did improve. Instead of producing one short post, I wrote three 1,000+ word posts.

I also made it through six books on my Kindle reading app.

With that said, I’ve come to the conclusion that it’s impossible for most people not to have some sort of presence on social media, especially a lawyer (and part-time blogger/influencer) like me who relies on social media for free marketing and ideas.

If everyone else is on social media, you probably need to be, too.

I missed out on school announcements, opportunities to promote my writing, potential clients who tried to contact me through direct messaging, and keeping up with cultural trends. However…

I learned I need to be much more purposeful with my use of social media.

To avoid losing too much time scrolling through social media, I now set a timer on my phone. I also make myself come up with a specific purpose for why I am going on social media. “Entertainment” is an option, but I make alternatives just as convenient by always keeping a book, journal, and the NYT crossword puzzle in my purse.

Finally, I’ve pared down the number of people and pages I follow to reduce the glut of information I’m bombarded with when I open social media.

How do you keep yourself from losing too much time on social media?

We are so quick to say no to things that actually bring us joy and satisfaction in favor of quick fixes. Mindlessly scrolling through social media instead of reading a book. Binging a TV show you’ve already seen instead of journaling.

These quick fixes leave you feeling guilty, listless, and defeated. Did you ever once say to yourself, “I’m so glad I spent the last hour mindlessly scrolling Facebook rather than anything else I could have possibly been doing.”

{Read More: Big Lessons From My 7 Days Off Social Media} 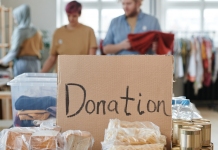 How Your Family Can Help Homeless People in Dallas 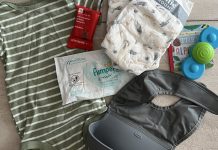 5 Things You Can Remove from Your Diaper Bag Right Now 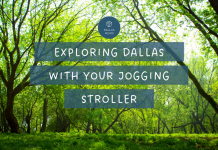 5 Places to Explore Dallas with Your Jogging Stroller