As a working mom of two, there are times when I just can’t keep up with how fast life is going. Dishes seem to overflow, laundry keeps piling up, and I am pretty sure the kids are playing a game of “who can make mommy go crazy the quickest”. Prime example: MegaFest Weekend 2017 (also Fourth of July weekend). I was working crazy hours, taking care of 2 kids, all while my loving husband was out of town. Had it not been for my village, I don’t know how I would have made it. But that Saturday night, I remember feeling as if I couldn’t deal with the noise.

Doodle (3-year-old) was pulling out every toy that he couldn’t work by himself, and Bean (1-year-old) wanted to be held and treated like the baby she is. That quickly changed to them running around screaming and doing everything in their power to mess up my short lived, clean house. At one point, I just wanted to cry. At 8PM, I was tired! Every part of my body hurt; mentally, my tank was on empty. I just wanted to crawl in bed and hope the kids could fend for themselves at least 2 hours. As I was sitting there on the verge of either falling apart or drinking an entire bottle of wine, Doodle started dancing to a song on their tablet and I realized, it’s just a stampede and eventually, it will pass.

When I say stampede, I mean it was a stampede in multiple ways. The first stampede was literally from my children running around chasing me down for my attention. It was sudden, it was panicked because they had not seen me in 36 hours, and at that moment, they needed my all, and I was not able to give them what they needed. They rushed every part of me; climbing on my legs, arms, and back, until I gave into the pure force of their attack. They needed me to be there for them, so I sat on the floor and played, sang songs, and did everything that mommies are supposed to do even when they don’t think they physically can. I did what only moms can do best, I mom’d.

The next stampede was emotional. Almost every emotion I had, came to visit me in a hurry. As I mentioned, I was in pain, and I was tired. Standing on your feet for almost 10 hours, dealing with many different personalities, attitudes, and everything else that makes people unique is seriously hard!!! Add on to it a knee injury that I had been nursing for 3 weeks, and you get a perfect recipe for pain.

But also, I was mad. I was mad that while my husband was away enjoying himself, I had to be here. I was mad that no one could see how bad I needed to rest and was available to watch my children. I was sad because I knew I really had no reason to be mad. I mean, they are my kids, right?!?! I was happy because as I watched these two beautiful little humans, I knew there was no other place I wanted to be than with them and they bring me so much joy that I can’t stay mad too long. These emotions hit me like a wave; they hit me HARD, with so much power you would have thought I was PMS’ing…or pregnant, and I can assure you, it was neither of those.

I remember feeling as if I couldn’t deal with the noise.

Lastly, in the moments where they finally laid down, there was a spiritual stampede. As we winded down, read books, and said our prayers, I watched those precious little faces drift off into dreamland, it was a spiritual reminder that I was called to be the mother of these beautiful little ones. No matter how hard or how strong the stampede is or how long the stampede lasted, I could push through it and continue to come out on top. I again wanted to cry and I was filled with God’s love for me and how I know I stampede him with requests demands, and throw fits when it doesn’t go my way. Yet, HE is always patient with me. I felt horrible, but I felt love. Spiritually, this stampede had broken me the way a normal stampede would break anything in its way, but it had rebuilt me as a better mom for another day.

In those moments when it feels like everything is coming too fast, remember, the stampede is only momentary, and when you survive it, you will be rebuilt as a new mom! Embrace the stampede, it’s a lesson we all must go through in the journey of parenthood. 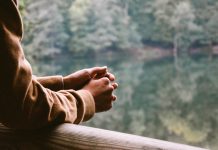 The Battle to Overcome the Worry of Motherhood

The North Dallas Tornado :: Reflections From The Other Side 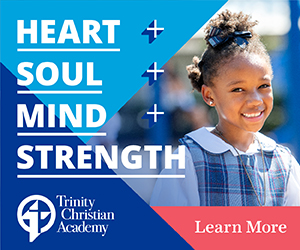 Museums Are Open in Dallas :: Know Before You Go

Mom’s Ultimate Halloween costume :: 2020 is such a WITCH