I consider the preschool years the period of denial between toddlerhood and full-blown kid stage.  Your child is a no longer a baby but the diaper-changing and burping memories are still fresh; you’re allowed these few transitional years to come to terms with the fact that your sweet little lump is now fully formed with their own thoughts and feelings and a new ability to express them.  Your grasp on exactly what they understand starts to waver.

In the baby days, things are simple.  Your job is to keep them alive and teach them basic communication.  Simple words, colors and shapes are your focus.  From there, they graduate to the alphabet, counting, expanding their vocabulary and forming complete sentences.

As they get older and become adept at expressing their needs, the train suddenly jumps the track.  They come home from preschool regurgitating their knowledge of the Solar System and begin asking for random items in Spanish.  Their questions are more complex and it becomes difficult to keep track of what they do and don’t know.  Like trying to describe a sound someone has never heard or place they’ve never seen, it becomes a game of Taboo trying to explain things using only words from their limited but growing lexicon.  In spite of the lightning speed at which they learn, there are still some concepts that they always seem to (adorably) have trouble with. 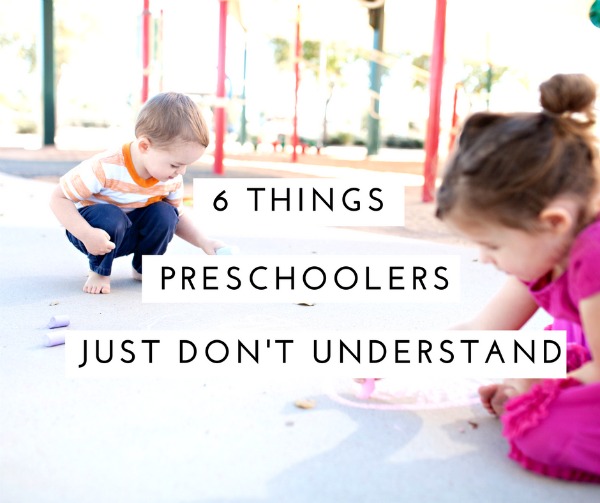 1. Time. Forget hours and minutes, try getting a preschooler to understand that it’s still the same day as it was before his nap.  Light versus dark sometimes works to differentiate morning and night, but on rainy mornings I’ve been accused of making him go school at “night”.  After his afternoon nap it’s usually still bright out, so he often wakes asking if it’s morning and what’s for breakfast.

Promising to play with him “later” always needs to be clarified with “yes, later TODAY”. “Yesterday” describes anything that happened in the last week, and “last week” could mean anything from a month to a year ago.  Getting a calendar and teaching him the days of the week has helped a lot, so he can physically see how many days fall between important events, but most of the time anything further than a week out is just “a long time away”.

2. Humor (non-fart or knock-knock joke related).  My son has developed an unusually strong attachment to my husband over the last year, most of which we attribute to the shift in my attention after our daughter was born.  He wants Daddy for absolutely everything, and has gotten to the point where he panics when my husband leaves the room even for a minute.  Last week we were putting him to bed and his Dad left to quickly take out the trash.  He proceeded to panic, asking where Daddy was.  I was frustrated after a long and stressful day and maybe a tiny bit resentful, and sarcastically replied, “Daddy left.  I’M YOUR DADDY NOW.  Ha ha ha….ha”.

As I’m typing this I can see how bad this sounds and it wasn’t my proudest Mommy moment.  But in my defense, sarcasm is hard wired into my personality and I’m trying my best to shake it.  Had I known how he’d take it – like he was never going to see his father again – I would never have said it.  But I did, and he immediately broke into a scream/cry/wail after the words left my mouth.  I apologized profusely and my husband was thoroughly confused and horrified when I told him what I said.

3. Germs.  Crucifixes and garlic to a vampire are basically like soap and water to a toddler.  It’s a battle to get them to wash their hands at the right time, in the right way, for the right amount of time.  The general rule is warm water, soapy hands, for as long as it takes to sing “Happy Birthday”.  If there’s a Guinness Book record for fastest singing of Happy Birthday, I probably hold that title.

Warm water and soap fall under the “try your best” category.  I’ve watched my one-year-old eat enough mystery items off the floor and my son sneeze into my daughter’s mouth enough times to know that washing kids’ hands is like taking a knife to a grenade fight.  But as long as diseases named “Hand Foot Mouth” exist in this world, I’ll keep trying.

4. Pain (someone else’s).  The other day my son’s one-year-old sister grazed his arm with a foam ball, thrown at him with the speed and accuracy you’d expect of an infant (which is none) and he proceeded to wail like he was stabbed.  That same evening, he bludgeoned me with a plastic dump truck hauling rocks (ok, the rocks were hollow and plastic but it still hurt). When I asked him to apologize he tried to prove I wasn’t really hurt by hitting himself softly with the same truck.  I located the knot on my head and made him feel it, only to have him claim the bump was already there.

5. Anger (yours).  Watch a kid throw a tantrum and you can probably map out at least ten stages of anger from start to finish, but give them your scariest look and they giggle uncontrollably.  I’ve yelled at the same decibel that usually gets a bouquet of roses from my husband the next day, only to get the blank stare and blink from my son.  He’s slowly starting to look more fear stricken when he’s in trouble (or as my Dad would call it, the “face of respect”), but most of our disciplining starts with “THIS IS NOT FUNNY, STOP LAUGHING”.

6. Personal Space (yours).  Who can really blame your kids for claiming your body like Plymouth Rock?  After all, they spend nine months using it as a shell to grow in then spend the better part of their first year thinking you’re a soft serve dispenser.  So it’s not such a huge leap when you ultimately become their personal jungle gym.  Eye, nose and ear poking, burns, bleeds, head butts, and being at the receiving end of general pain experiments are daily possibilities.  I long ago surrendered my body when I popped out my first eight-pound baby and just hope to make it to my golden years with most of it still intact.

Between trying to explain good & evil, the earth’s rotation, and the existence of Santa Claus, raising a preschooler is no easy task.  It’s mostly throwing spaghetti against a wall and seeing what sticks.  Or more like hiding vegetables in spaghetti, having your kid throw the plate against the wall and hoping some vegetables were ingested.  But every once in awhile they respond with something you told them when you thought they weren’t listening, and you realize how great this stage is.  Because as much as they don’t understand in the moment, they’re mostly innocent, endlessly curious and always trying. 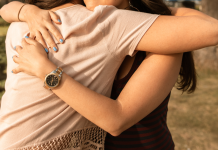 The Baby Loss Club :: A Club No One Wants to Belong To 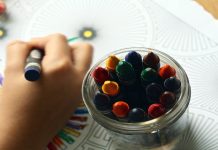 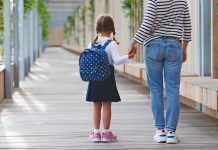 Sending Your First Baby to Kindergarten: 5 Traditions to Start

Sally Ann Rivera - August 15, 2022 0
Art appreciation doesn't have to wait until your children can start creating their own masterpieces. Dallas offers several world-class art institutions and galleries with...

Guide to the Best Dog Parks in Dallas & Fun Places...