I believe the time is approaching to start potty learning with my son. He turned two in October. At about that time, his female playmates began wearing big kid underwear instead of diapers. One by one, they are completely potty trained. Now it looks like some of the little boys he plays with are following.

At first, I got a little excited. I see a light at the end of the tunnel! I’ll have only one child in diapers, not two! So much less struggling against a headstrong toddler with a diaper!

Then I realized that my son is going to have to be involved in this process. You know, the boy who refused to pick up his Duplo for 4 hours straight, ignoring dinner and bath and finally fell asleep in his room with the Duplo still on the floor. Spirited? Strong-willed? Perhaps.

One of the moms I know just showed her daughter the Potty Power DVD once and the little one took off her diaper, sat on the potty herself, and from then on was completely potty trained.  Of course, I bought the DVD immediately. We have been watching it for about a month now. All that happened is that my son has started composing ad hoc songs including the phrase “potty power”. He also confuses it with the song “Jesus Loves Me”.

Him: “Potty power, potty power… because the Bible tells me so!”
Me: “Do you want to go to the potty?”Him: “Hahahahaha!”
It’s true, he really did laugh at me.

Every day when he has a dirty diaper and I have to change him, it is a big sobbing struggle. Here is the conversation we have:

What he wants, apparently, is poor hygiene. Or to stop pooping.

We had one of his friends over to play the other day and she went to the potty three times, all on her own. It was magical. I can’t wait for my son to do that! At the same time, I am relatively terrified of this process. It seems he is nowhere near ready. Will we be enrolling him in high school still wearing diapers?

What do you think? Any tips from moms who have been down this road already? 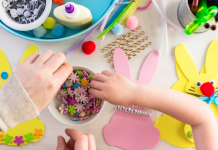 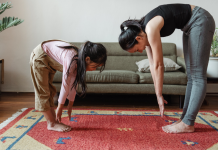 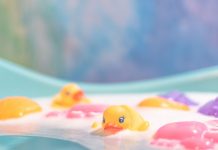