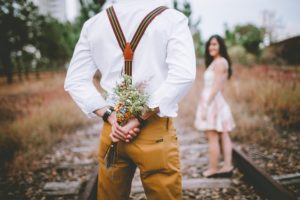 It’s not too early to start preparing your child  – and yourself – for teen dating.  I know that sounds totally crazy when your kid is in a stroller, but y’all, I thought it was uber adorable when Kid 1 had his first little girlfriend at age 3 in Mothers Day Out.  Now he’s 16 and it’s not so cute.  In fact, it’s causing me stomach pain and back tension.

I’m the mom of three teen boys, so this is written from that perspective and from our experience so far.  And truth be told, I’ve spent my kids’ lifetimes praying for the young ladies that would eventually become girlfriends and wives;  and I thought I had prepared myself fairly well by doing that.  But now I want to lock all my kids in their room and ban girls forever.

I certainly don’t dislike girls, but just FYI….. this post has some very frank talk about a few we have encountered along the way.  I have to look at this whole dating thing from the perspective of the boy mom because that’s all I know, but I would love your input and your thoughts, especially from those of you that are experienced in this sort of thing.

Let me just say, first, that society paints the boys as the aggressors… and yes, some are.  And I can guarantee those young men are following in the footsteps of someone who has taught and/or modeled that behavior.  Good look and Godspeed with those young men should you meet one.  But we started teaching early, always with the goal of growing future husbands and gentlemen.  My boys know exactly what I expect of them, which in reality, just gives them a good course outline to try to sneak, bend and break all my rules.  So far so good, but year 16 is only half way through and a lot can happen if I take my eyes off the ball.

Our first encounter with a relationship between one of our boys and a young lady was in 6th grade.  She liked him, he didn’t like her – “that way.”  So during the school day, she set up a fake Instagram account and started making life miserable for everyone named Walters.  It was ugly, most of it offensive, and had it not been for the watchful eyes of other moms, I would’ve never known there was any internet monkey business going on.  We had no luck getting the account deleted, so since it happened during the school day and under the not so watchful eyes of a substitute teacher, the school got involved and the account was finally closed.  It was the last day before summer break – and we had all just survived our first cyber bullying attack.  Hell hath no fury like a woman scorned.

And I found this note in the pocket of my youngest son’s pants last year.  Again sixth grade.  Kid 3 obviously made this gal all sorts of mad.  She writes:

“Dear Kid 3, … Live your life and I won’t bother you anymore….This is the last letter I am ever going to give you.  And I understand if you think I’m going insaner than usual because I have Anterograde Amnesia.  I was diagnosed with it yesterday when I was in the hospital…but like you would give {fill in the blank}.”

A very nice attempt at guilting a 12 year old boy into being her boyfriend.  I hope that amnesia is healing up nicely.

The first kid to actually go on a date was Kid 1 and that was this school year.  He is a sophomore in high school, and the date was an afternoon at the mall.  The mall was obviously magical because he then asked her to the Homecoming dance and I’ll be darned if they didn’t fall head over heels in teen love.  So this took us by complete surprise, and I’m not positive that I’m doing everything right.  I might die trying, but it will be a very determined and proud death if so.

I try to keep a close eye on the cell phone contacts, the social media frenzy, the trail of evidence in pockets, and mostly, the emotional state of my boys.  Kid 1 is lost in love at this point and we’ve entered an entirely new phase of the growing up process.  The cell phone is pretty much attached to his hand.  Sometimes he puts it down long enough to eat, but I often wonder if the young lady knows how much texting is done in the private moments of bathroom business.

And when we saw that this relationship was taking a turn for the high speed expressway, I insisted that I know more about her.  I scheduled a meeting with her mom, one on one, where we discussed my expectations of my son and those of her daughter.  I told her my concerns over the amount of time they want to spend together and shared some very strict rules of how I expect them to behave.

Part of my reasons are this… and my son thinks I’m over the top crazy.  I’ve tried to explain to him that the words of a young lady can mark him for a lifetime, and how important it is that they always have supervision. I let him go over to her house, but her mom has to be home.  And they may go to public places like the mall or stay late after school when the teachers are still there.  But he is not allowed in her room, and vice versa.  At this point she hasn’t come over to our house.

But there is endless opportunity for togetherness and all that can bring.

Gone are the days of a phone call in the evenings after school.  The cell phones are attaching them all day, everyday.  Phone curfews be damned is the mindset of the 16 year old when it comes to the girl.  He’s figured out how to communicate via Google Docs, and has even resorted to the old fashioned home phone.  Homing pigeons may be next.

And social media, oh how I hate it.  I really really really hate it for my kids.  Because they’re hopeless addicts in young bodies.  And everyday their young love gets ranked on a million different sites.  Seems every young Romeo and Juliet wants to be labeled, FCE… Favorite Couple Everyday.  Let the games begin.

At one point I had three kids ages three and under, and yes, it was hard.  It was exhausting and trying and we all know it – draining.  And I longed for the easier days of independence.

But then girls came along.  And so much can happen.  You can baby proof a house, but it takes a whole lot of creativity to teenage pregnancy-proof a young life.

But talk of his future is beyond what he can understand right now.  And we’ve had some pretty intense conversations tempered with confusion and teenage angst.  But I’ve told him that since he obviously can’t make sound and logical decisions right now, I have to be the keeper of his future.  And that means setting some very strict and straightforward boundaries.  And he knows those won’t change regardless of his understanding or disagreement.

Maybe we’ve finally come to a place of neutral respect.  I agree to respect the fact that he wants to spend time with his girlfriend.  He agrees to trust me and his dad to let that happen in the safest and most positive way possible.

We’re trying to figure all this out as we go.  He’s the oldest.  He’s the first to send us down this road of romance.  But there are two more brothers to follow and I’m taking notes.  And I’m asking people I trust along the way.  I think it’s important to have these talks – with the one already head over heels, and with the ones that are watching.  The sex talks are a given.  Y’all, you have to do it and you have to start early.    Talks about boundaries and respect are huge.  Lessons in how to treat girls are a must.  And for girls, lessons in how to respect yourself enough to wait for a boy that deserves you.

Here are some things I think are important to discuss with younger kids as they watch and learn life’s lessons played out on the internet and TV:

Their lessons can come from you, social media, or God forbid, their friends.  If I could turn back the clock to make this a regular point of discussion, I wouldn’t hesitate. . . 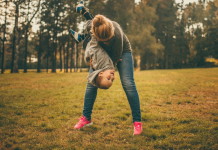 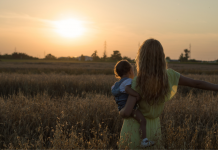