I spend a majority of my week while at work thinking about all the different things that I can do with my family during the weekend.  My goal every week is to complete as many things on my to-do list by Thursday evening so that on Friday night, when I get home from work I’m not to be bothered with pesky chores over the weekend. At least that is my attempt, but my husband will tell you I often don’t make much headway on that list

Fall is one of my favorite times of the year-not only is it finally cool enough to spend time outside, there are just so many things to do!  Some of my favorite things are the State Fair, the Pumpkin Village at the Arboretum, in fact we have a list of  25 Family Friendly Fall Activities that I could fill my weekends with until winter comes (though in Dallas, you never know when that might happen!).  My favorite fall family activity though, is visiting Yesterland Farms in Canton.

I know that Canton isn’t exactly close, but for us it is worth the trip to make again each year.  Last year, my husband, daughter, best friend and her husband all piled into the car and drive about an hour East so that we could spend a day at Yesterland Farms.  They market themselves as a family friendly farm, but even adults without children will enjoy themselves.  I’ll admit-when my best friend and I told our husbands where we would be going the first time, they playfully complained and just were not that excited about it.  Once we arrived though, they had the most fun out of our entire group! 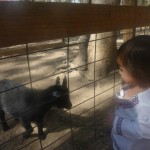 Our first stop was the pig races where my daughter and I cheered on our favorite piggy, then we headed on over to the petting zoo where baby goats nudged up to get some love. There are also pony and wagon rides which we didn’t participate in last year because of my daughter’s age but I am very much looking forward to it this year!

After the petting zoo, we gave the boys a chance to get a little competitive-there is a pumpkin launcher where you aim pumpkins in a massive sling shot towards a pond and try to make it in the goal of a floating tire and a corn cannon where they took turns shooting corn on the cob out of a missile in attempt to hit that goal as well.  Last year out of all the adults, only one was successful with the corn cannon so I know that this years competition will be taken very seriously.

After that we stopped to get a snack, they have old fashioned soda with yummy flavors like traditional root beer or strawberry creme. They also offer freshly squeezed lemonade, though I suggest to ask for half the amount of sugar otherwise it is on the very sweet side.   They also feature my all time favorite fall food-roasted corn on the cob.  There are so many other things to do-duck races, scarecrow dressing, playing in teepees, and while we didn’t participate in these last year also due to her age-rides.  Another thing we are really excited about this year! The best thing at Yesterland Farms in my opinion though, is the corn maze.  I had never been through a real one and this one really does have twist and turns that lead you to nowhere.  We had a ton of fun splitting up girls vs boys but ultimately we ended up at the exit at the same time even though we let the competitive boys think they won.

There are a lot of great areas to take family pictures.  Also don’t forget to pick up a pumpkin while you are there, they have all sizes from small to huge-there were several last year that were so large I wouldn’t have been able to put them into my trunk!  We really did have a blast at Yesterland Farms and have been looking forward to this years trip pretty much since last year.  Even though it is a drive to get there, we had so much fun while we were there and as an added bonus-my daughter will play so hard that a long nap time is pretty much guaranteed! 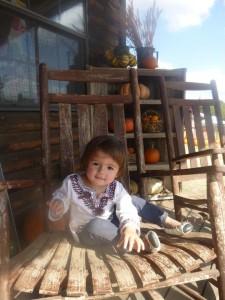 *Dallas Moms Blog did not receive anything from Yesterland Farms for this review. I just really, really love the place and wanted to share it with you! 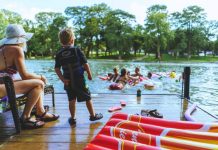 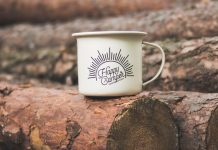 Want to Go on a Family Camping Trip? No Tent Required! 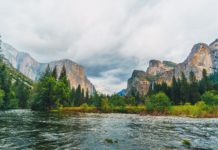 A Breath of Fresh Air

Dallas Moms Need to Know: A Guide to the Month of...

Cooking with Kids: Birthday Parties at My French Recipe