I am no Enneagram expert, but I really enjoy reading and learning more about it. The more I learn, the more I find myself “typing” friends, family, and TV characters. I thought it would be fun to choose a Rom-Com for each Enneagram type.

If you already know your Enneagram type, this is my fun Rom-Com pairing for each number.  It’s okay if you disagree with me, it’s just for fun! Your favorite movie might not match up to your Enneagram type either.  I am a type 6, and my favorite Rom-Coms are listed as other numbers (though I really love them all!) It’s more about characters or themes from each movie that I felt represented each number. 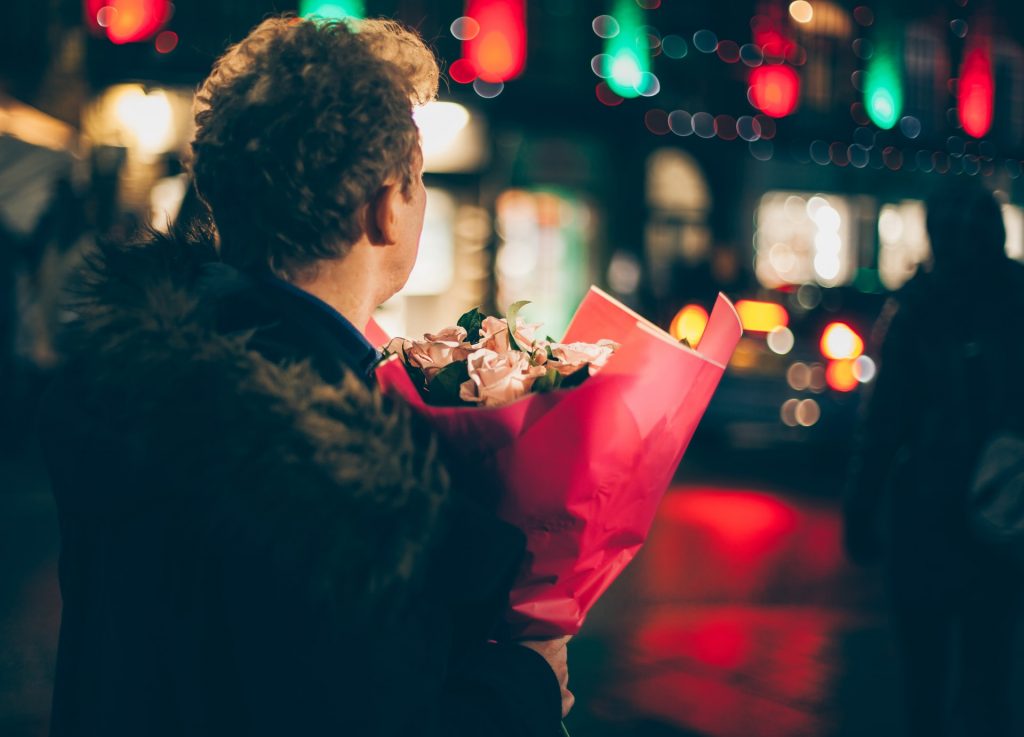 Rom-Coms for Your Enneagram Type

Harry and Sally meet when she gives him a ride from college to New York. As complete opposites, they don’t really hit it off. They bump into each other a few times over the years both trying and failing at love. When they run into each other again, this time both single, they become friends.  Though they are brought back to the question Harry queried when they first met, “Can Men and Women truly be friends?”

I typed this movie for an Enneagram 1 because, HELLO, Sally Albright! To me, she is the typical Type 1. She’s critical, detail-oriented, has high standards, and is incredibly in tune with what she wants from life and love.

Sally: “But I’d like the pie heated and I don’t want ice cream on top, I want it on the side. And I’d like strawberry instead of vanilla if you have it, if not, then no ice cream just whipped cream. But only if it’s real; if it’s out of the can then nothing.”

On her 13th birthday unpopular Jenna Rink, makes a wish to be “Thirty, Flirty, and Thriving.” Thanks to some wishing dust from her equally unpopular friend Matt, Jenna wakes up with the seemingly perfect life as a 30-year-old woman. She soon discovers that she had to give up who she truly is and everything she loved to make it as a popular magazine editor with a killer body and friends list.

This is the perfect “2” Movie because of Jenna’s sensitive character.  She, just like any 2 is a people pleaser seeking approval.  Jenna just wants to be appreciated and loved.

Matty: “The Six Chicks are not your friends, okay?”

Jenna: “Well almost. And someday, I’m going to be a Six Chick!”

Matty: “There’s six of them.  That’s the point.  There can’t be a seventh Six Chick.  It’s just mathematically impossible. You’re cooler than they are.  They’re unoriginal.

{The Enneagram and Motherhood}

Advertising exec Benjamin Berry makes a bet with two female co-workers that he can make any woman fall in love with him.  They choose Andie Anderson, who they happen to know is currently writing an article entitled “How to Lose a Guy in 10 Days”, what not to do in a relationship. Both parties with opposite hidden agendas. Will either complete their task?

I chose this movie for a type 3 because both Ben and Andie are highly ambitious goal-setting types. Each has a goal in the movie, (though opposite) and will do whatever it takes to accomplish it.

Ben: “Oh you are already falling in love with me.”

Andie: “I’m going to make you wish you were dead.”

Where to Watch: Rent on Amazon Prime or Apple TV

“The Queen of France” shares her story, the “True” story of Cinderella with the Brother’s Grimm. Much like the fairytale, Danielle is forced to work as a servant for her stepmother and stepsisters. Instead of becoming a princess thanks to pumpkins, mice and the help of her fairy Godmother, Danielle has her own kindness to thank for her status change. Along with the help of artist and inventor Leonardo Da Vinci and true friends.

Though I don’t believe Danielle’s Character is a type 4, I do think the artistic license in the movie along with the beautiful scenes and costumes leave much for a Type 4 to appreciate.

Danielle: “Only when I’m around you!”

Where to Watch: Disney+

Tula Portokalos is a young Greek woman whose family makes her feel that her only purpose is to marry a Greek man and have Greek children. Tula wants more out of life. With the help of her mother, she convinces her Dad to let her take college computer classes. While completing her courses, she begins working at her Aunt’s travel agency. She meets and falls in love with Ian, who is very much not Greek. Her family must learn to accept Ian, while she learns to accept her family heritage.

I chose this movie for a Type 5 because of Tula’s character.  She is very observant and analytical.  She seeks out more than what her family has to offer, and in the process finds love in both Ian and herself.

Tula: “Dad, I’ve been going through our inventory and I’ve noticed we’ve been doing a lot of unnecessary ordering. So, I’ve been thinking, maybe we should update our system.  Like we could get a computer. I don’t know if you remember, but I got all A’s in computers. But there’s a lot of new stuff to learn now, so if you want, I could go to college, and take a few courses?

Gus: Why? Why you want to leave me?

Small bookshop owner Kathleen Kelly falls in love with internet stranger Joe Fox. The same man that is opening a big box bookstore and trying to put her out of business. In-person the two do not like each other at all. When they agree to meet, Joe realizes he has been chatting with Kathleen and decides to leave and keep the secret. As time goes on, he continues to fall for her, and try to win her over.

To me, Kathleen is the typical 6. She is loyal to her little bookshop and her principles.  She’s not one to take chances and is very afraid of change. She is also very skeptical of Joe Fox, making for a funny twist in this charming story.

Kathleen: “Sometimes I wonder about my life. I lead a small life – well, valuable, but small – and sometimes I wonder, do I do it because I like it or because I haven’t been brave? So much of what I see reminds me of something I read in a book, when shouldn’t it be the other way around?”

Sorority President, Elle Woods, applies to Harvard Law school to follow her ex-boyfriend, Warner, and hopefully win him back. While studying law, Elle not only proves to Warner, but to herself, that she can be both serious, and seriously beautiful both inside and out.

Elle is impulsive, spontaneous, and charismatic! But she also fears the pain of rejection.  Like most 7s, social butterfly Elle finds the commitment of Harvard life to be difficult, but with a little hard work, she finds her true calling in law.

Elle: “This is going to be just like Senior Year, except for Funner!”

Where to Watch: Showtime or Rent on Apple TV or Amazon Prime

Highly successful and confident editor Margaret Tate finds out that due to an expired work visa, she may be deported to Canada. She forces her aspiring assistant Andrew to agree to marry her in fear of losing everything she has built for herself. The two visit immigration to convince them that their love is not a hoax, Margaret agrees to visit Andrew’s hometown of Sitka, Alaska, for his Grandmother’s birthday.

To me, Margaret truly embodies a Type 8.  She is committed and assertive.  She refuses to be told what to do (even by the government) and will stop at nothing to get what she wants.

Margaret: “What am I allergic to?”

Andrew: “Pine nuts and the full spectrum of human emotion.”

Where to Watch it: Amazon Prime

Type 9: While You Were Sleeping

Hopelessly lonely Lucy, finds herself jumping on the train tracks to save a man she fantasizes about one day marrying. The man is transferred to the hospital where he remains in a coma. When the nurse overhears Lucy say that “she was going to marry him”, confusion sets in with the man, Peter’s family. Afraid of conflict, Lucy finds herself in the position of pretending to be Peter’s fiancée. As she works out trying to tell the family the truth, she ends up in an even bigger conflict, falling in love with Peter’s brother, Jack.

I chose this for Type 9 because of their typical fears: loneliness and conflict are common themes in Lucy’s life.  Lucy has trouble telling Peter’s family the truth, not only because she despises conflict, but also because she enjoys the feeling of being part of a family after losing her own.

Lucy: “We never met until that day on the tracks. And it’s just when we were in the hospital room, everything happened so fast. And I couldn’t tell you the truth. And then I didn’t want to tell you the truth because, um, the truth was, that I fell in love with you.”

Where to Watch It: Disney +

What is your favorite Rom-Com? 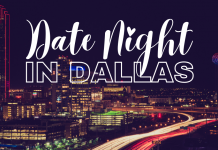 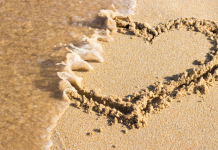 Memoirs of an Ex-Wife 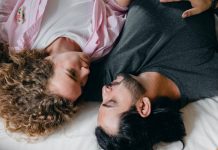 I Took A Sex MasterClass :: Here Are the 4 Things I Learned 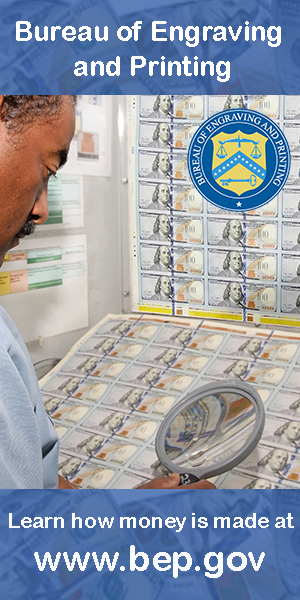 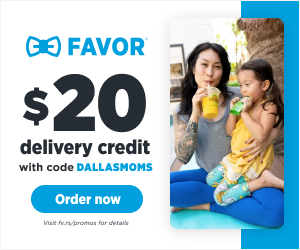 Dallas Moms - October 1, 2022 2
It’s getting to be that time again! We're beyond ready for autumn air, falling leaves, and coziness. And Dallas has so many events and...

Ideas for Fall Break In & Around Dallas With Your Kids