Does anyone actually think to themselves, “I hope my son/daughter grows up to be greedy, spoiled or to feel entitled?”

One of my goals as a mother is to raise productive, joyful, generous children who make positive contributions to the world around them. I need them to know they are actually part of something much bigger than themselves– much bigger than the small space they inhabit. The more they are exposed to the world outside the comfort of their own home, the easier it will be for them to grasp such a critical concept.  And yes, I realize that’s no small feat. The question every well-intentioned parent has is HOW does one go about doing this?

When I noticed one of my sorority sister’s posts on Facebook, I knew she must be on to something big. April uncovered what is, in my mind, the perfect way to teach children about philanthropy. 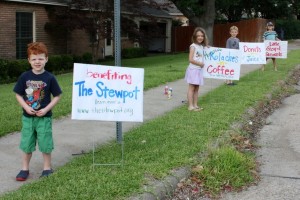 If you search The Stewpot’s website, you won’t find a mention of or a link to the “Little Stewpot Stewards” because they are the product of a grassroots effort that began last summer.

Christmas and a hospital stay following major surgery were two back-to-back events for April’s son, John, that produced an abundance of gifts from friends and family.  So as his 6th birthday quickly approached, April wanted her son to recognize that he had the ability to give to others just as others gave so generously to him and to know that despite the difficulties he’s encountered in his life, there are others who have it even harder than he does.

For his 6th birthday party – rather than simply donate his gifts or request donations to a favorite charity (all noble causes of course!) – she wanted her son to actually be an integral part of the process, to experience the art of giving firsthand, to make that human connection. 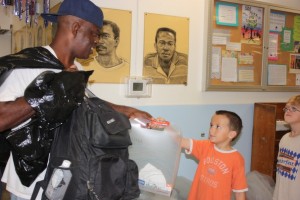 In lieu of a gift for the birthday boy, she asked guests to bring a cold weather item (suitable for donation) for a grown up.  She recalls expecting to receive a few old coats and jackets, but instead ended up with two enormous trash bags full of new items. Although April was admittedly nervous about taking her son along to drop off the donations, she was pleasantly surprised to see how excited the recipients were to see a kid – with all the love & kindness that comes along with that – in their space.

The only thing she regretted was that the others kids from his birthday party who donated the items weren’t there to experience it as well.

After a lot of brainstorming and planning, April and her children started the Little Stewpot Stewards in their own front yard.  Whether it be a lemonade stand, kolaches & coffee for the early risers or a sno cone/popsicle treat, they began selling yummy goodies to neighborhood friends.  And thanks to their exposure on Facebook, they had an onslaught of families who wanted to be an active part of the Little Stewpot Stewards as well.

The children are positively impacted because they are involved at every level.  They make signs, they work the stand, they collect money, they count the money, they sign up to volunteer at The Stewpot and then they deliver the money they earned. 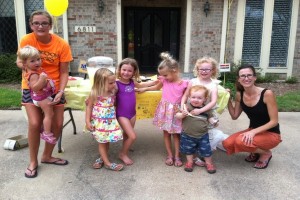 Next time I’m struggling to figure out the best way to teach my children about caring and giving to others, about learning to share what we have or even just about humanity in general, I think we’ll just open a food stand in our front yard, and leave the rest to chance.

Do you have any ideas on how to raise generous kids?

Looking for other ways to get involved in our community? Here’s a few ideas! 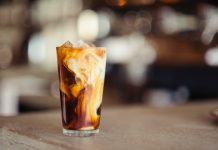