And while all that wonderful-magical stuff would probably make for a fairly heartwarming post, I’m going to go ahead and focus on the weird because… well because.

Now I could probably fill a good-size coffee table book – or at least a half-finished pad of Post-it notes – with all the weird fatherhood has brought into my life. (Full disclosure: most of it involves feces.) But rather than trudge into those murky waters, I’m going to focus on another bit of overlooked fatherhood weirdness…

I’m guessing a lot of the dads out there had the good fortune of being raised in Dallas or settling here pre-fatherhood, so they have an established group of friends to experience this whole child-rearing thing with. We, on the other hand, moved here 6 months pregnant with only a couple of existing friends to speak of. So we needed to meet people. That’s where it got weird.

Basically, a guy looking to meet new guy friends is unnatural to begin with. Without school, sports or work to force us to interact, most guys just assume most other guys are jerks. And most of the time we’re right. But a dad trying to meet other dad friends is even more unnatural. A whole new set of parameters comes into play 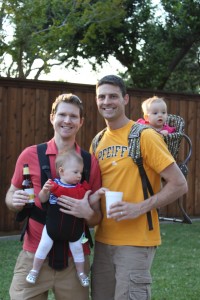 You have THREE kids??? Never mind. We only have two and that’ll throw the dynamic all off.

Your kid is five??? Forget that. Our oldest is only three. They’d have nothing in common. —–

So not only does a guy have to pass the “not a jerk” test, he now has to meet all these other criteria before those six magical words can be offered up.

“We should get the families together.”

In grown man world, that phrase is our, “Prom?” You’re putting yourself out there. And for a species that runs on a 50/50 mixture of pride and ego, that isn’t easy. Most of us would rather spend the weekend solitarily running errands and bumming around the house than ask another man’s family to go on a date with our own. It’s weird.

But it’s also understandable. As parents, our time is more limited than ever before. And no one wants to spend his three free hours of the week forcing conversation with a guy who has the personality of a houseplant. 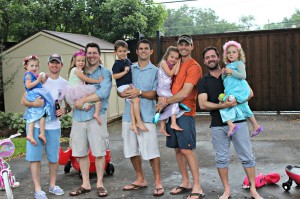 Which brings me to another interesting dynamic in the dad-seeking-dad world… the husbands of your wife’s friends. While I’ve been fortunate to meet a bunch of great guys this way, not every dad is so lucky. The men of the mommy group are a curious bunch. You just never know who that cute girl your wife likes so much was tricked into marrying. But don’t you worry; you’ll have three full legs of this weekend’s progressive dinner to find out.

Point is, becoming a father isn’t just about having a child. It’s about adjusting to all the ways having that child changes your life. Most of it is wonderful, magical and rewarding. And some of it is weird.

Either way, let me know if you want to get the families together.

Greg Hunter is father to two beautiful girls and husband to another one (DMB contributor Amanda). Born in Midland, Texas he is currently a Writer and Group Creative Director at Firehouse Advertising in Dallas. Greg owns far too much burnt orange apparel. 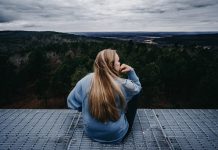 Sorry, Not Sorry :: 5 Things I won’t Apologize for Anymore! 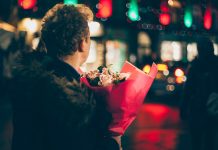 Match These Must-See Romantic Comedies to Your Enneagram Type 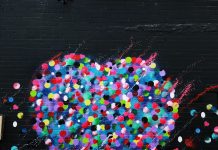 {microblog} How I Knew I Loved Him 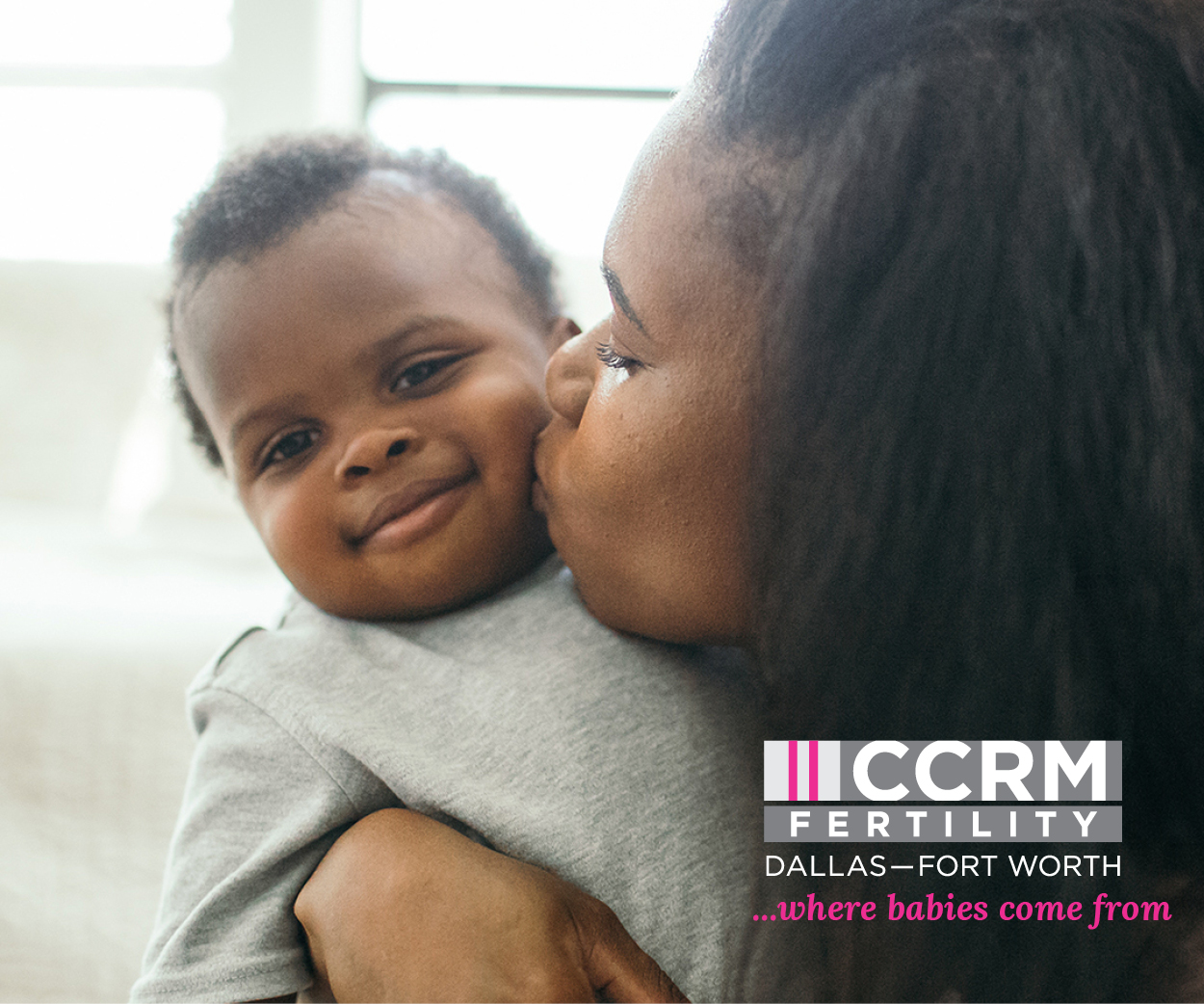 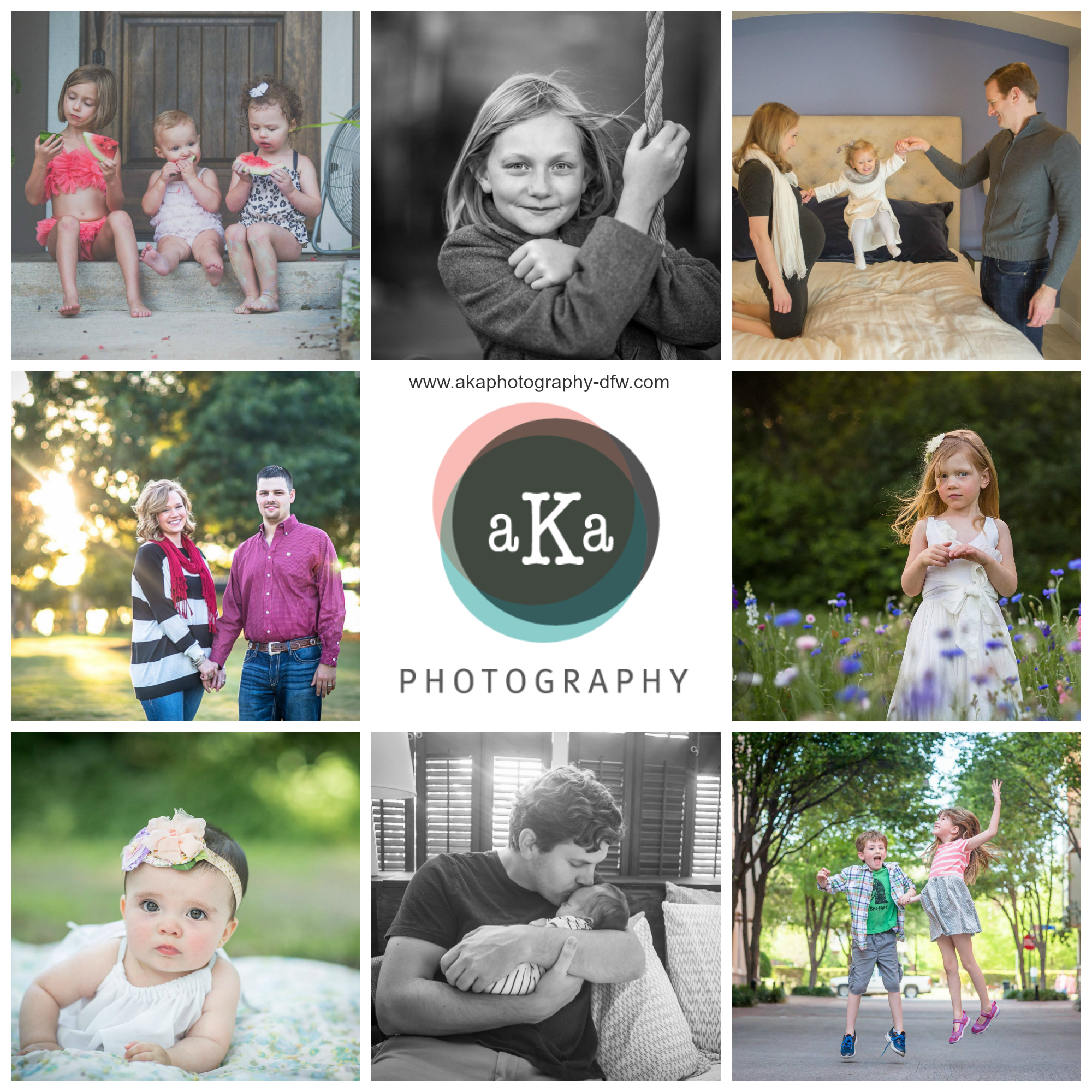 Katie Lewis - March 29, 2021 0
In the grand tradition of all Texans (all humans?) loving weather talk, let's take a moment to recognize that April is generally our last...

A Guide to {Egg-celent} Egg Hunts and Easter Activities in the...