Never has something been so fiercely contested, passionately fought for or against, desperately sought or avoided, or been the topic of such desperate heart ache.

Yet five years in, marriage is maybe starting to make sense. And by make sense I do not mean “perfected” or that I “get it.” Ha! Rather the finality of my choice to spend the rest of my life with said husband has finally sunk in.

In 5 years we have moved 5 times, lost jobs, started new jobs, bought 2 new to us cars (ugh….3 by the time this is published. Hello minivan, I hoped to never meet you), backpacked through Italy, explored London and Paris, wine tasted in Sonoma, buried grandparents, lived pay check to pay check and joined a church. That’s alot to pack in to 5 years!

Yet the stability of marriage has been one of the greatest gifts. It has allowed me to fight, listen, change and learn how to be the best me I can possibly be.

When faced with the challenge of summing up marriage in 800 or less words, all I can think of is how distinctly different each year of marriage has been and the specific lessons I have learned. So without further ado:

5 Lessons Learned in 5 years of Marriage

Year One, The Honeymoon Phase

This first half of this year was just fun. We had been long distance dating (College Station to Washington, D.C.) for more months than we actually dated while living in the same town, so we just enjoyed being together! Not to mention the fact that we both had well paying jobs and so we just got to enjoy life. We went on a cruise and I went with Nathan on a work trip to Paris, France. I am so grateful for this time because we learned how to have fun together. This all came to an abrupt end when I got laid off. Ever so determined to make the most of a terrible situation, I learned how to cook, clean and be a well kept wife. Until the severance pay ended. Which brings us to….

This was the year we learned to clip coupons, shop sales, stretch every dollar and do with much much less. There were countless times we stared at our bank account with less than $25 in it and a week to go until the next pay check. Yet we learned that we didn’t need money to be happy. We learned the art of cheap dates (aka sharing a meal at our favorite restaurant), $1 theater movies, putt putt on Friday nights, and long walks around the lake at our apartment complex. I’m so grateful for this year in our lives where we learned that we didn’t need anything but each other to survive.

Year Three, Counseling is for Everyone

Sigh. This year was the year we weren’t sure we were going to make it. A series of bad decisions made in high school and college came back to haunt us with a vengeance. We spent more meals glaring at each other over the dinner table not speaking than ever before. We also were still very low on cash as I was in graduate school. At the coaxing of friends, we begrudgingly gave counseling a try. Boy am I glad we did. Not only did it allow us to dig up past issues we thought we had worked through, it gave us a non biased view of our marriage through the eyes of our counselor. It was uncomfortable, hard, tearful, and angry yet I can say without a doubt the foundation for the rest of our marriage was laid in that counseling room. We even got to spend 2 glorious weeks backpacking through Italy, cut off from all communication, to work on our marriage and see the world.

After spending many hours in counseling learning how to communicate all over again, we realized that many of our fights started with a miscommunication. Hence the introduction of our “you can’t get mad yet, listen to everything I have to say first” code word. Whenever either one of us feels like maybe the next sentence out of our mouths might be misunderstood if not heard in its entirety, we say pumpernickel first. The other person has to then listen to everything said before jumping to any conclusion. Funny, a few weeks in we realized were fighting significantly less because we were allowing the other person to finish their point before jumping in to argue. Crazy how that works. 🙂

Year Five, Take it Back

This year we went to Pine Cove Christian Camps Family Camp for a week in the summer. The first speaker session was about fighting in marriage. The speaker said the greatest thing in his marriage is the phrase, “Take it back.” If at any point his spouse said anything that pushed his buttons and made him want to scream he instead said, “Take it back.” That was a signal for both of them to walk away and cool off. Genius! Do you know how many times one of us says something that ticks the other person off and we had no idea our words were that offensive? This phrase has saved us many a fight.

The first 10 months with our first born was a breeze. He slept well, nursed well and played well (don’t hate). But once he hit the mobile stage, bam, I thought I wasn’t going to make it. This is a child who has tested his boundaries since he could crawl. This is also the child who gets bored and grumpy very easily if not stimulated enough. Add to that the exhaustion of being pregnant again and there were seriously days I called Nathan and begged him to come home early or Saturday’s that I stayed in bed all morning. This is the year I have learned how to ask for help. I spent so much time frustrated with my husband before I realized that he can’t read my mind. Once I mastered that simple, and obvious, fact all of life got easier. Simply asking him to save me from drowning has brought so much peace to my life and our marriage.

What about you? How long have you been married? What lessons have you learned along the way? Please share – we are all in this together (cue the music! You know you’ve seen High School Musical) and I am sure we could all be spared a fight or two with our spouse by learning from each other! 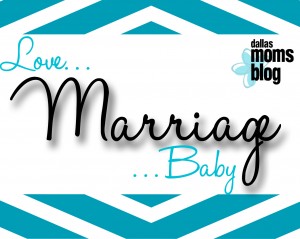 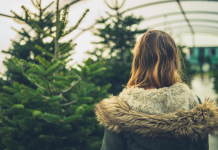 Surviving the Holidays When Your Parents are Gone