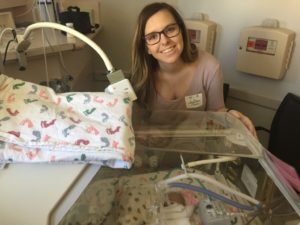 If you have had a baby in the NICU, or if you have a friend who has had a baby in the NICU, then you MUST listen to the podcast NICU Now. This podcast is for parents, family, and friends of NICU patients and is revolutionary. Before I was introduced to the services offered by Hand to Hold, including the podcast NICU now, I did not know that parents who have a child go into the NICU are at an increased risk for perinatal mood disorders. I knew that the situation was traumatic, but I assumed that when baby was discharged, the problem was resolved; I didn’t realize that things like post-partum depression, anxiety, and post-traumatic stress disorder (PTSD) occur more in parents of NICU patients and that these could be related to a NICU stay. Clearly the implications of a NICU stay are long-term for baby and family.

Many hospitals don’t have on-site services to offer (if you wonder whether yours does, ask the hospital how they provide family-centered care), but Hillary Sullivan benefitted from a hospital that partnered with Hand to Hold. I had the great honor and privilege of speaking with Hillary, and hearing how her family benefitted from services offered by nonprofit Hand to Hold and their services, and how she is now compelled to give back to the organization.

Grace was born early and spent 109 days in the NICU after a pretty traumatic birth. Hillary had been prescribed a medicine that wasn’t safe for Grace, so she was pumping for days, she spent 4-5 days in the hospital after Grace was born, and felt at the end of it like she was a complete mess. When the antepartum nurses suggested she talk to Hand to Hold, she resisted; she didn’t want to go sit in a circle. But Hillary felt broken, and like she was desperate enough to reach out, so she went. When she met her Hand to Hold Ambassador, Lacey, Hillary felt known and understood. Lacey let Hillary be broken without trying to fix her, and shared her own story of being in the NICU with her baby. No two stories are identical, but seeing that someone had been through it all and made it out was such an encouragement to Hillary. 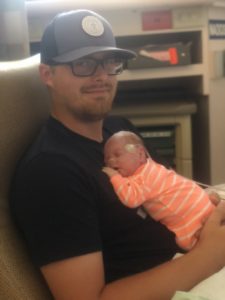 Later, when baby Grace was discharged, Hillary and her husband Chancz went out of their home only very cautiously. Grace had been sent home with monitors, oxygen, and intense spit ups, so Hillary and Chancz were wary to take her anywhere with germs. Avoiding sickness by only sitting outside at restaurants, only picking up the groceries, and skipping family gatherings over the holidays to avoid the inevitable exposure to illness caused more isolation. Hillary says that she can barely put words together about how much Hand to Hold helped her through that really tough season. She felt comfort in talking to other women about their babies and their birth weights. She met a woman who had a baby born on the same day as Grace, and met another mom of a baby who had been in the same pod of the NICU as Grace. It was powerful for Hillary to experience the connection with other women who had been in the trenches with her, and this connection caused them to build trust fast.

Hillary now says she is fully submerged in the Hand to Hold support services. She has a peer-mentor and subscribes to the podcast, which helps her to find the words to express her feelings. She sends her family members to the podcast to hear the content as well, and now has signed up to become a peer mentor as well so that she can give back to other families experiencing the emotional trauma of the NICU.

Hillary’s story may sound like yours or your friend’s story, but it may not. Like she shared, no two stories are the same. But if you or someone you know is experiencing the isolation of the NICU, you can help them by letting them know about Hand to Hold’s offerings.
Here is a checklist of a few questions to determine if Hand to Hold services could help you or your loved one:
1. Do you experience anticipatory grief — fear of what could come for you or your baby?
2. Do you think “I still don’t feel like myself”?
3. Does the idea that you could have PTSD from a NICU stay resonate with you?
4. Do you feel isolated? 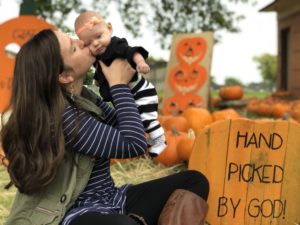 There are many other factors to consider, and neither this article nor a podcast could replace a diagnosis. Hand to Hold does not try to replace access to health care, but instead offers a very specific type of care. Hand to Hold’s care is based on the power of connection, and their free services have served countless women since their inception in 2010. Many parents agree that the helpfulness of a text relationship with a peer mentor who has been through the same situation is unmatched. Additionally, access to an online community, connecting with other people who can truly understand your thoughts after your baby was in the NICU, and the NICU Now podcast can help with the effects of the emotional trauma of the NICU before, during, and after your stay. 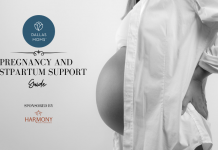 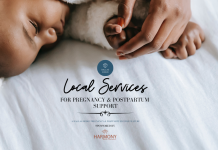 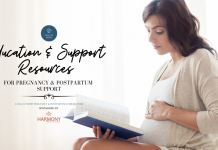