Have you ever had this happen? A few weeks ago I pulled into the museum parking at Fair Park ready to take my son to the Museum of Nature and Science’s Children’s Museum when I discovered almost the entire lot was filled with daycare vans and school buses. I’d driven almost 20 minutes into downtown only to find an overcrowded museum during one of the last weeks before summer break ends. I should have known!

I was ready to turn around and head home when I remembered a friend had mentioned there was an aquarium somewhere in Fair Park. I quickly did a little Google search and discovered it was right behind the Children’s Museum. Who knew! I packed up my son into his stroller, and we went for a walk. 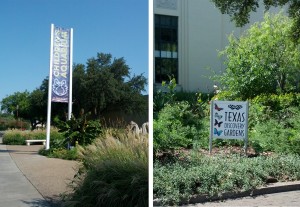 Our first stop was at the Children’s Aquarium. I was a little apprehensive since it doesn’t seem to get much exposure compared to the Dallas World Aquarium, but it was less than half the price ($8/ adult and Under 2 was free.) so I thought it couldn’t hurt to give it a try once!

Immediately upon entering, I could tell this Aquarium is associated with the Dallas Zoo which gave it a feeling of being well-maintained and knowing the animals were being cared for. All of the staff was extremely friendly and were willing to answer any questions I had about the animals or their habitats.

I also noticed that I was having to bend down ALOT! The Children’s Aquarium made a special point of putting all of their tanks at children’s eye level. My 18 month old loved that he could walk around and see the fish, turtles, lizards and sharks without having to constantly be picked up.

As we made our way around the Aquarium, I was surprised when we discovered a door leading to an outdoor shark and stingray exhibit. The Stingray Bay has two large tanks that you can walk down to, and (for a small price) feed the Stingrays. If you come around 2:30pm on Sunday, Wednesday or Friday, you can watch the animal trainers demonstrate how to feed them (for free). Again, everything was at eye-level so my son could walk right up to the tanks and watch as the rays and sharks swam right by. 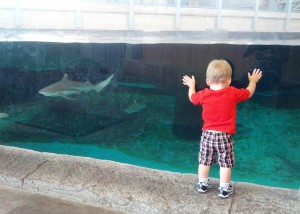 Although the inside wasn’t extremely large or impressive, we spent a good hour at the Aquarium and well worth the $8 admission.  I’d highly suggest taking children who are at least 15 months – 6 years of age. Anyone older than this might find it slightly boring, and you’d probably move much quicker through it and not get your money’s worth.

On the way into the Aquarium we passed the Texas Discovery Gardens, and since we’d only killed about an hour of time I decided to swing back by on our way out of Fair Park. Since my son has an obsession with butterflies right now, I thought this would be a neat experience for him, and it was!

The cost of admission was also $8 for adults and Under 2 was free. This allowed us access to the Butterfly House and Gardens located behind the building. When you first walk into the Butterfly House you’ll immediately be directed to the second floor to start your walk. From the second floor, you’ll wind around a long, spiral walkway down to the bottom. Along the way, literally, hundreds of different types of butterflies are flying all around you.

At noon each day, a horticulturalist will do a demonstration for anyone who’s in the Butterfly House and will do a butterfly release of any new butterflies that have developed from chrysalises. 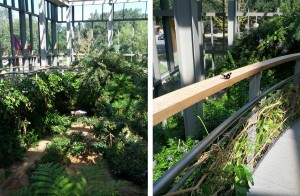 As I mentioned, admission also gets you into the gardens out behind the building. Unfortunately, we went on a day where the temperatures were in the 100’s. Although we walked around for a few minutes, we didn’t get to explore as much as I would have liked. It was just too hot! Apparently there’s a rose garden, vegetable garden, heirloom garden, herb garden, and Shakespeare Garden.

I’ll definitely be heading back on a Tuesday when admission to the Gardens are free! I also thought the gardens would be a perfect place to bring a photographer and have family pictures taken. 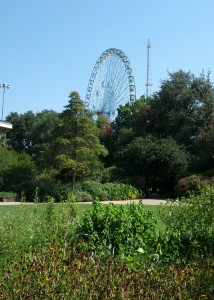 Did you know big changes are coming to Fair Park? 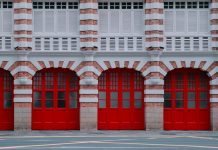 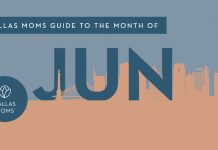 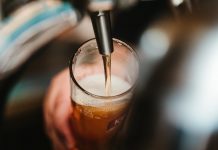