Summer of 2015 I wrote my first BBQ Bucket List but the quest for the best spots in DFW for BBQ hasn’t slowed down.  I have cast my net a bit further (so you will see spots that take a bit to drive to-but they are worth it!) and have another round up of ten more places to satisfy your meat cravings.  These places are as different as how they spell barbecue, but they all have one thing in common-delicious meats. 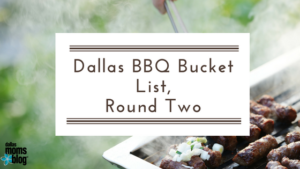 Cattleack Barbeque This joint wasn’t included in Texas Monthly’s Top 50 BBQ roundup, but only because it wasn’t open yet.  I highly suggest getting your bottom to this place soon because once they start getting recognition by major publications (and oh is it coming) the lines will be insane.

Cousin’s Bar-B-Q You will have to travel to Ft. Worth to experience Cousin’s but the drive is worth their “low and slow”  Texas style BBQ they have been serving up since the 80s.

Heim Barbecue Another Ft. Worth spot but I would drive quite the ways to eat their burnt ends.  They recently won People’s Choice (and the people were SO right) for best dish at Chef for Farmers 2016.

One90 Smoked Meats This place is on my way home from work and one of my go to places to pick up dinner on the run.  Not only do they have a seriously brisket sandwich but they sell their smoked meats vacuum packaged so all you have to do is heat it up in warm water when you get home and you have the taste of 8 hour smoked meats, in 15 minutes.

Intrinsic Smokehouse & Brewery Intrinsic didn’t make my list just because of their BBQ but also because of their brewery.  They manage to execute both sides of the house extremely well-definitely worth a trip to downtown Garland.

Meat U Anywhere BBQ This place was born out of corporate politics (the owner worked for a regional bbq franchise and was pushed out when they went corporate) and they are a prime example that things happen for a reason.

Bet the House BBQ Denton based Bet the House was backed by a Kickstarter campaign and personally I’m thrilled their family and friends had enough confidence in the owner’s to deliver us quality BBQ.

18th & Vine Barbeque The first time I heard the saying, “meat candy” I was extremely confused-is it sweet?  Is it meaty?  Well 18th and Vine delivers meat candy in the form of burnt ends covered in a delicious (slightly sweet but not too much) sauce that turns me into a toddler because I’m not sharing.

Ill Fella’s BBQ I’m wary of restaurants that have Groupon deals but III Fella’s BBQ is worth a trip, especially when a Groupon is involved.  Nothing fancy to see here but expect an excellent loaded potato and some tasty ribs.

Winners BBQ Another bare bones joint but for the lack of detail in their restaurant ambiance they make up for it when it comes to the details of their BBQ.  The bark on their brisket is super legit and don’t forget to pick up a side (the large one) of their banana pudding. 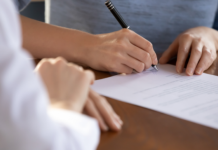 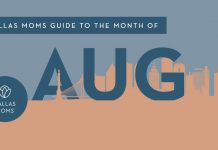