You may already be familiar with the video sensation, Fortnite, which was released by Epic Games in 2011. With 350 million registered users as of May and a value of $17.3 billion, I guess you could say the game is having a pretty good run!

Since our summer was extended, we had ample opportunity to take on new hobbies, one of which was Fortnite.

Our six-year-old son’s older friend was already playing, so my son started to play as a way to engage with friends and also abide by stay-at-home guidelines. My husband noticed our son needed some help learning how to play in a team atmosphere with different levels and tactics. He started to play, and was soon hooked, himself! Pretty soon my husband and son were meeting other dad and daughter/son duos. They quickly made new friendships across the country, including reuniting with some old friends in Illinois.

I laughed out loud when I came across this video of the Holderness Family mimicking parents taking Fortnite away from their kids.

{Are you a pro-screen family?}

Fortnite has taken hold of five people in my family. I figured it was time to learn more about all the fuss. After observation, talking to my kids, and conducting my own research, here are my top six take-a-ways. I hope this helps those of you who were like me who needed a few clues to understanding this wildly popular game!

Winning a solo game of Fortnite is no easy feat! Fortnite is a Battle Royale game (Battle Royale is the main game-and other modes called creative) with Fortnite Battle Royale solos, 100 players will be going against each other to get the Victory Royale. I recommend watching YouTube videos for more hacks and tips on how to win.

Hopefully, this helps you at least get the gist, and makes you curious or want to join in on the fun?

Have you played Fortnite? 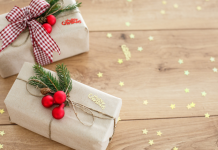 5 Types of Gifts That Are Always In Stock 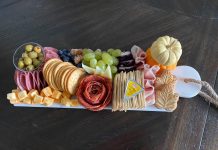 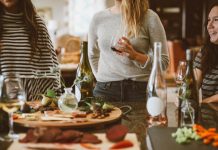 The Magic Formula for a Fantastic Friendsgiving