We took our two boys to their very first ever theater performance to see A Charlie Brown Christmas at the Dallas Children’s Theater. What a treat for the entire family! This production struck all the right chords with adults and children in equal measure. The only complaint I could possibly make after being in the audience is that my face is sore from the permasmile that spread across my face the minute the lights dimmed and has yet to leave more than an hour after exiting the building.

I have to admit I was a bit nervous about our three-year-old staying engaged and relatively behaved (he’s never even been to the movies!) for an entire performance but he was in good company with a house full of sometimes wiggly littles and more importantly, the show kept his imagination and attention captured with ease.

A jazz trio kicked things off and remained a constant companion throughout, setting each scene with the proper musical mood and roping the audience in with all the nostalgic pieces any fan of Charlie Brown recognizes and holds dear.

We were dazzled as the players made their entrance, skating around as if on ice all over the stage and even into and through the audience. Instantly recognizable, yet still individual in their take on each character, the cast told a story I’ve seen a hundred times before in a new, but familiar and warm-fuzzy way.

I wanted to hug and high-five each and every one of them for a job superbly done. Thanks to the intimate nature of the Dallas Children’s Theater, I had the chance to do just that after the show as cast members sat out in the lobby allowing the audience up close and personal encounters.

Snoopy’s performance, played by Steph Garrett, was an absolute show stopper. Her “Bleah!” and laughs were so incredibly on point that my husband thought they were recordings from the cartoon, not live renditions by the actor on stage in front of us. (For the record, they were real! I asked her myself.) Tongue wagging, tail tucking, Lucy mocking…all delivered with such sincerity to the beloved character, we in the audience were both delighted and dumbstruck.

Naturally, the sets, lighting, visuals, and sound design were nothing short of top notch. The icing on the cake was an invitation for the audience to participate in caroling with a few classic Christmas songs at the end of the well-timed 60-minute performance.

This was our first event at the Dallas Children’s Theater but it most certainly won’t be our last. They make it so easy and fun to introduce theater to kids in a way that we equally enjoy as adults. In fact, we may just have to make our next visit soon to see Frosty & Friends, a Kathy Burks Theater of Puppetry Arts production. Based on what we’ve experienced so far, I have every reason to believe this show will knock our socks off and round out our Christmas theater calendar perfectly.

A Charlie Brown Christmas and Frosty & Friends are playing now through December 23rd. GO! You will be positively filled with the Christmas spirit and glowing afterwards. 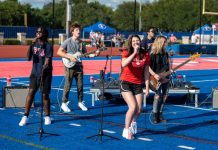 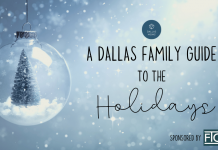 Dallas Holiday Events : A Complete Guide to the Holidays for Families 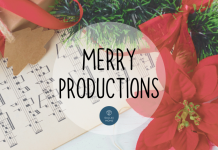